Who can register a .CO domain name? 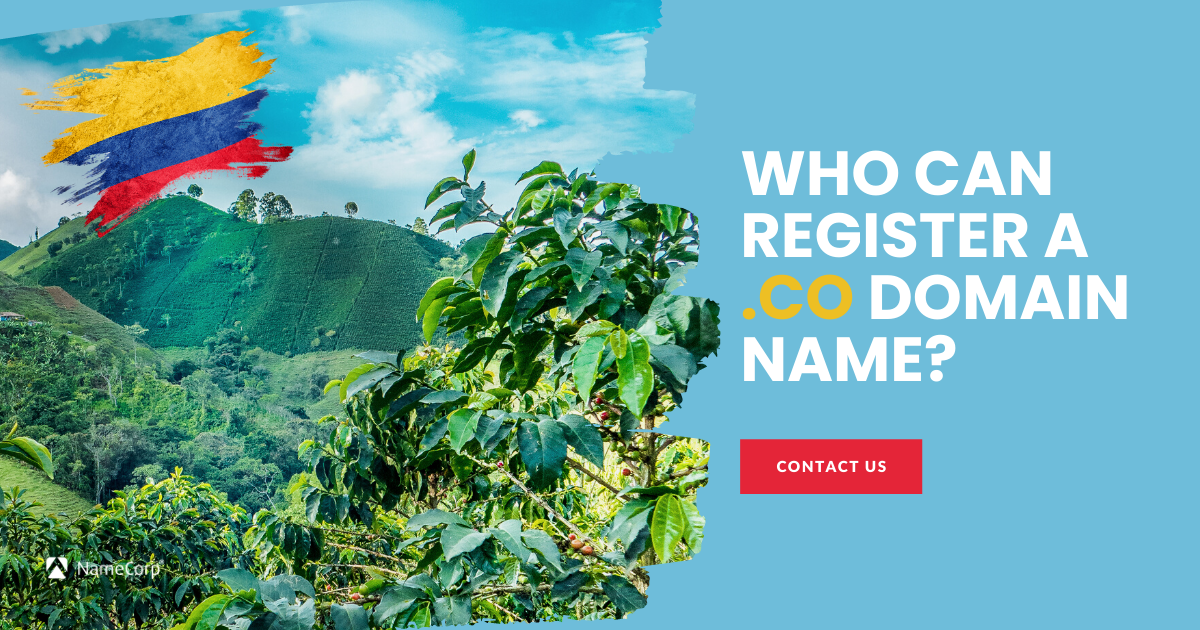 Colombia’s .CO domain name extension is likely the most popular ccTLD (country code Top Level Domain) globally. In fact, it’s one of the only ones which Google considers a generic TLD (like a .com) and ranks globally.

Below is a good video from Matt Cutts, former head of the web spam team at Google, explaining how .co is treated for SEO. About 10 years old, but still very relevant today.

The .co domain name extension is also unrestricted; meaning anyone can register one (and millions have). Some of the more famous companies using .co domains include:

The .co extension is also one of the few non .com extensions who have seen aftermarket values rise substantially since launch. Today, it’s not uncommon to pay $25,000 or more for a single word .co domain. Just a few recent sales include:

Many companies have also started on a .co (such as Mirror.co) and only end up acquiring the .com years later – as Mirror did just before they were acquired for $500 Million by Lululemon. Notably, the company’s main site today still rests on Mirror.co and the .com forwards to it.

Want to acquire a .co?