18 Government Agencies And Their Dot Coms 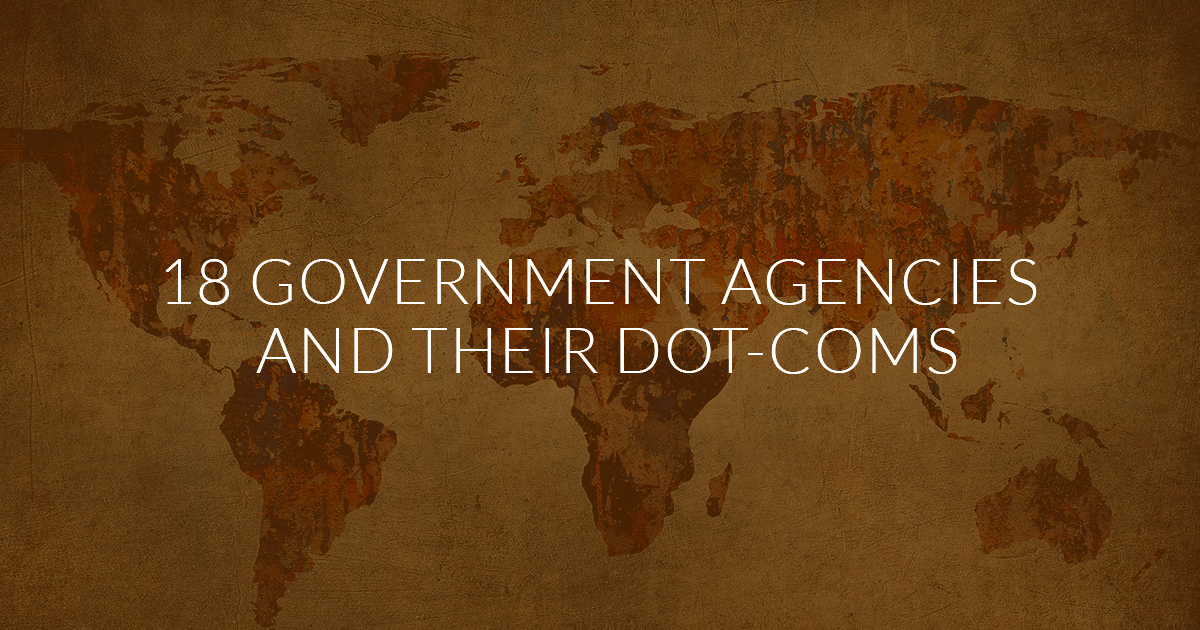 National Security is one of the greatest expenditures globally. According to The Washington Post, the United States alone has a “black budget” of $52.6 billion, with the CIA and NSA enjoying 48% of those funds. Israel’s Mossad is reported to have a $2 billion annual budget and other countries surely have similar ones.

Human intelligence operations, the oldest method for collecting information, account for $3.6 billion of the United States’ black budget, with informants often paid thousands to millions of dollars in fees.

These budgets should not surprise anybody. However, the failure to spend a small fraction of them on “logical” purchases should.

Monitoring messages is something of high value to any government. The NSA reportedly collects over 200 million text messages a day for analysis, according to The Guardian, and based on data leaked by Edward Snowden.

Then there’s the fallout for individuals and companies when a leak or scandal happens. Take, for example, Hillary Clinton’s email scandal, multiple politicians destroyed by “secret” text messages, the massive leak of Sony emails and more.